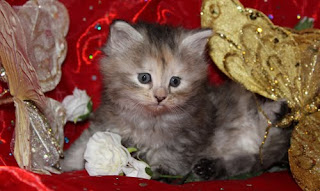 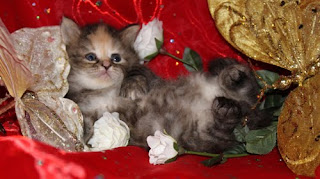 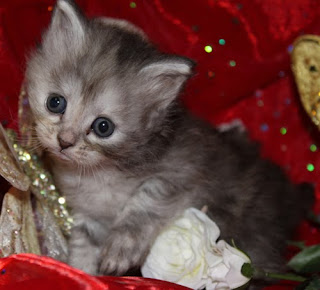 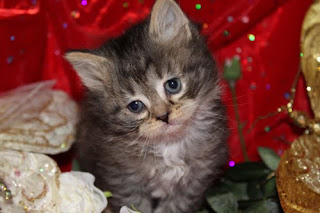 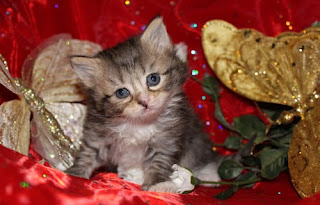 Had a lovely email from Oscar and Arthur's mum and dad with some fab photos...enjoy....

Louise said
'Oscar and Arthur make coming home every day something that we look forward to. We have been looking after them very well and they have the best of everything. Oscar is a big boy and looks like a lion. He is extremely cuddly and takes any chance he can get to snuggle up to us. He is a highly intelligent cat and has figured out how to open doors using the door handle and he still plays fetch! Arthur is tiny and very cute! He spends most of his time either eating or sitting on our laps. He is a real baby and requires non-stop cuddling for some reassurance. He absolutely loves sitting on the scratching post by the window, watching the world go by. Oscar and Arthur love each other very much. They clean and cuddle each other all the time and if we separate them they get very distressed. We are so glad we got Arthur as well; it really completed our little family. ' 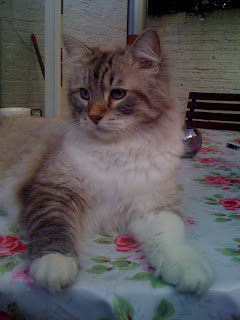 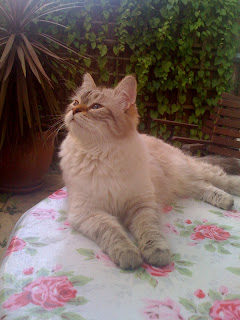 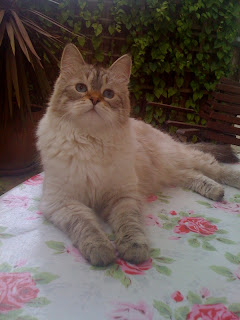 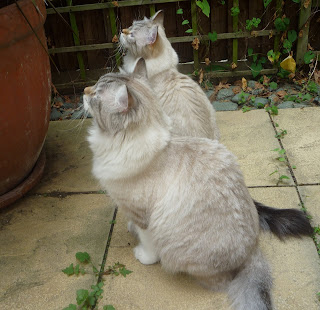 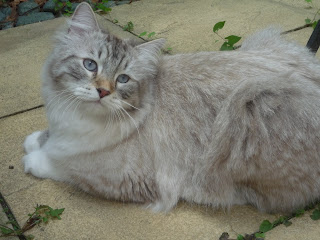 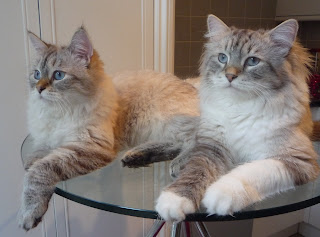 A fine day at the races!

This weekend was the VCC Rugby show with the Siberian Special. A small number of sibby breeders, including The Siberian Circle (Koolblue, Fluffytykes and Deleret), Musrafy, Sapphirensteel and Lyndongraey to name but a few, braved the elements and joined in the fun on Sunday.
We took our kittens. First judged was W. Silvaamune (Lavinia) and W.Sunsetstorm(Tam)...Francoise Millicent had the same problem I do and had difficulty choosing between the two and eventually put Tam Ex1 and Lavinia Ex2...cos Tam was more lively! W. Viola and W. Panthera (Aaron) was also judged by Francoise and each was awarded an Ex1. Tam and Viola were nominated for the sibby special.
The final best Siberian was Maria's Buslay Taezhnaya Skazka and best kitten Lynne's lovely baby boy Grigori...and wasnt he a cutie...tried to put him in my pocket to take him home, but was caught!!!!
W.Crouching Tiger (cubby) was judged by Angelika Kneifeland was given an Ex2 to Grigori's Ex1...she said Cubby is at that gangly stage and needed to grow into himself!
All kittens got excelent reviews and we are pleased that we are on the right lines!
One of Nem's and Belphie's granddaughters got BIS female two days running...congrats to Denise for that combination of Trinny and Harvey.
Thanks to the organisers for pulling the show off under difficult conditions, but would like to see the sibby special judged seperately from the main show with all sibbys having an even chance from all of the judges...like they do in Europe...oh and would love to have a better system to say where we are up to and a set lunch...I went for mine at 2.20pm after waiting and waiting and tummy rumbling after getting up at 3am...missed a side class for my trouble and the two judges who did not eat at the judging table went for lunch at 3.35! Most exhibitors I spoke to lost the plot at 11am and the BIS was a little disorganised with the sibby special sandwiched between the SLH and the SH BIS sections?!
Well done everyone and was great to catch up with the oldies and meet up with some of the newbies. My thanx to Andrea who helped me and was great company for the journey to and from 8 hours driving time!!!X
Posted by Madcatlady at 21:26 2 comments: