An update from Gareth and Caroline who took Roman and Rafferty from the Valentine 2014 litter. 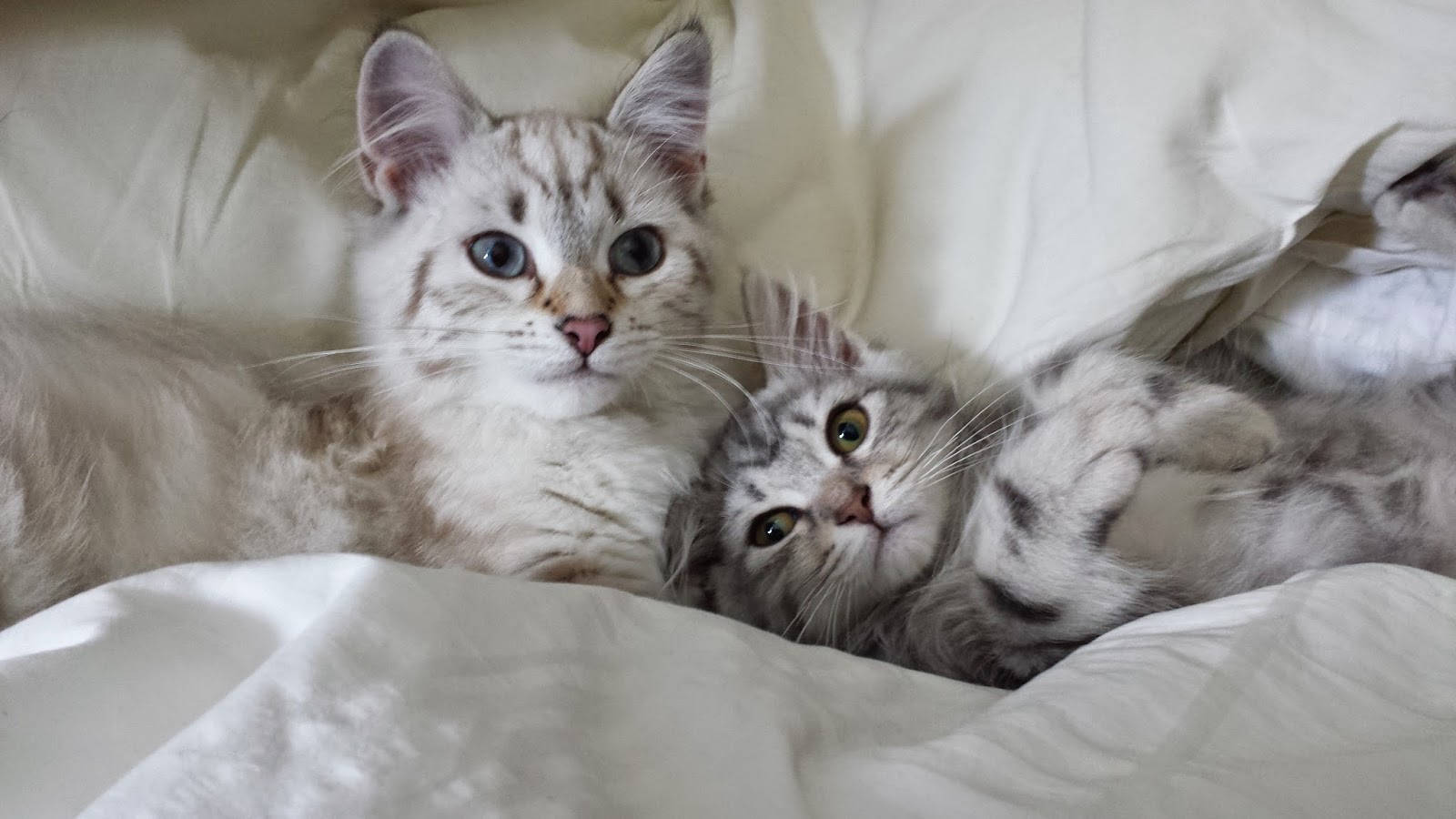 'They're gorgeous little characters.  Roman still purrs like mad and has an absolute fascination with any type of food or drink we might be having.  Rafferty and Gareth have got a special bond, he is still smaller but growing and such an adventurous little boy.  It took a couple of days for him to find his voice but he makes the cutest little chirrupy noises almost a cross between a frog and a cricket and when he does purr (mostly for Gareth) he gives Roman a run for his money!
They're both energetic, eating well and love to play.  Thank you so much!'
Posted by Madcatlady at 21:23 No comments:

Say a great big hello to our new boy Valentino KATJINEVA. Bred by the  BLEKITNY Anioł Cattery in Poland he is a red(flame) silver tabby Neva Masquerade Siberian. We hope he will produce us some fabulous colourpoints over the next few years..... 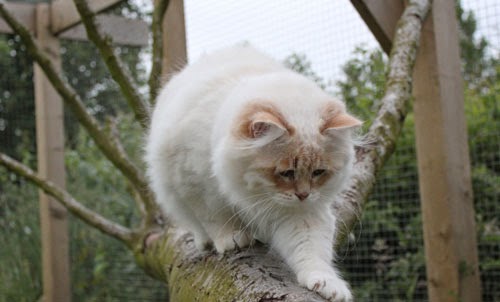 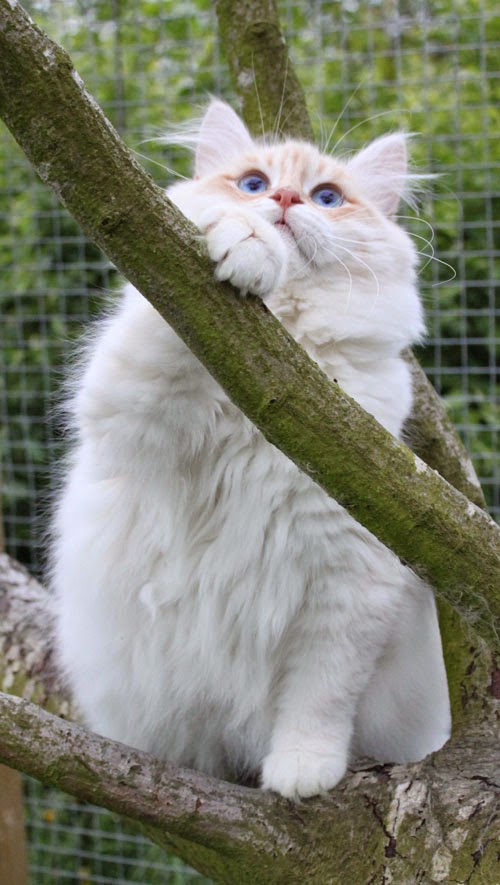 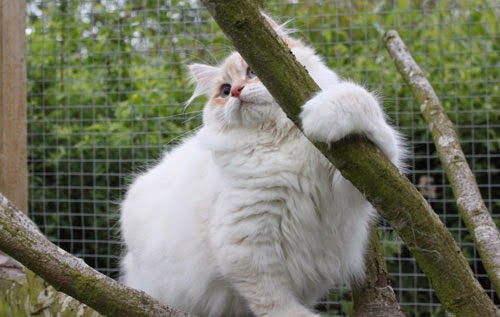 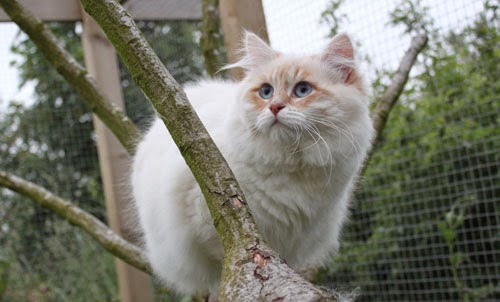 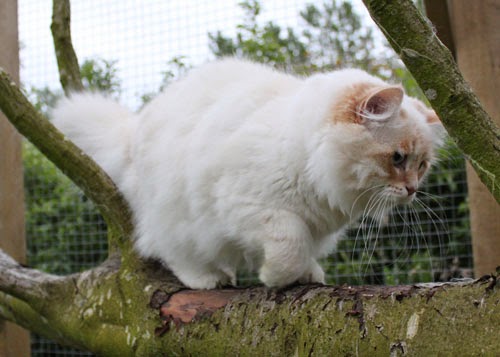 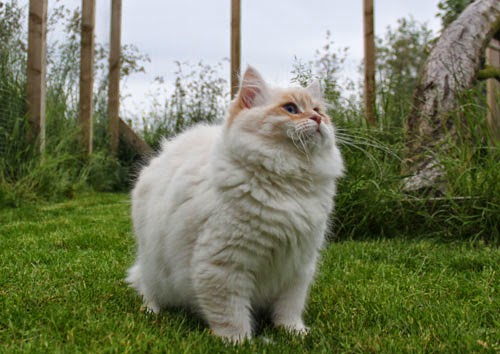 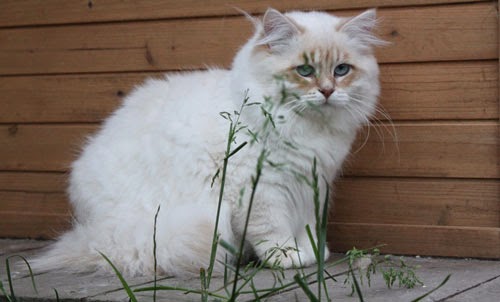 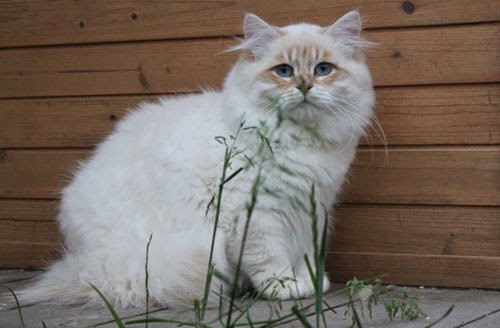 Posted by Madcatlady at 06:48 No comments:

The rest of the Valentine Litter... 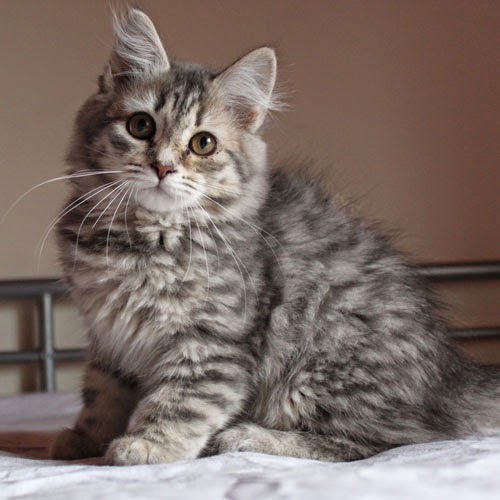 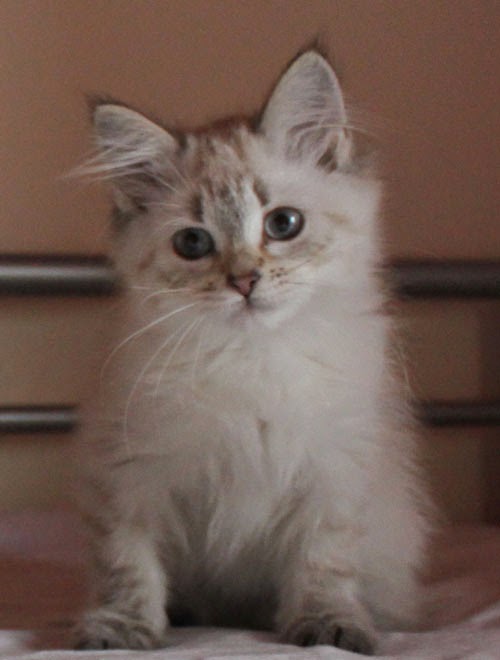 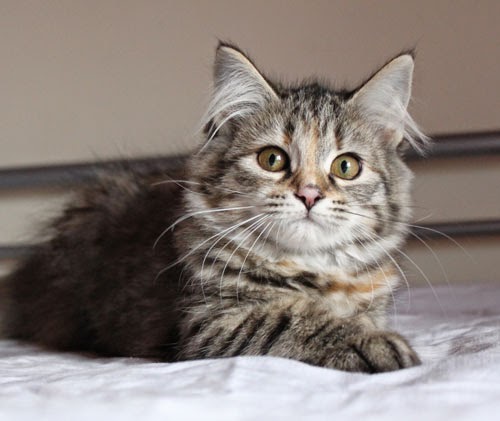 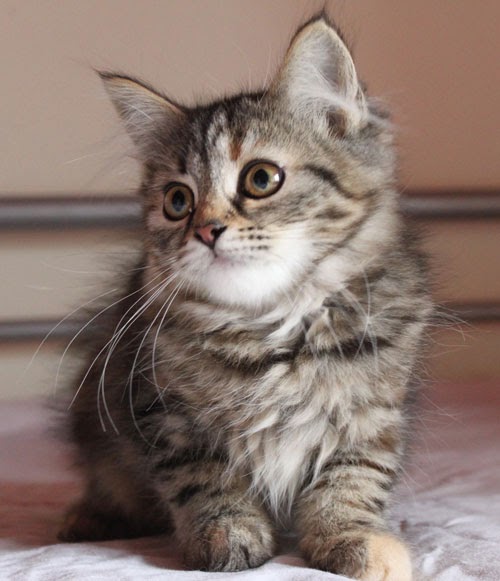 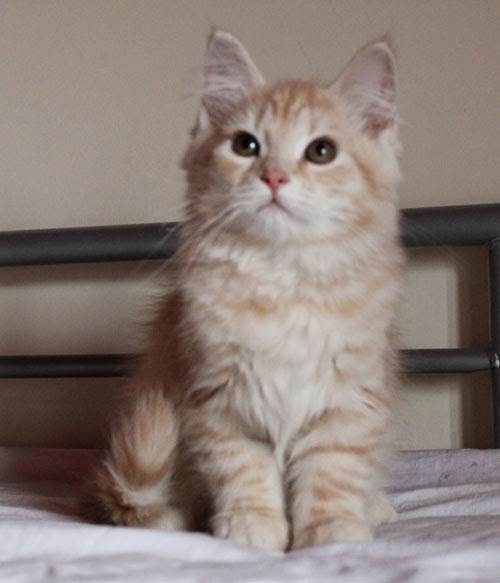